This illustration shows the steps to tie a double fisherman's bend. 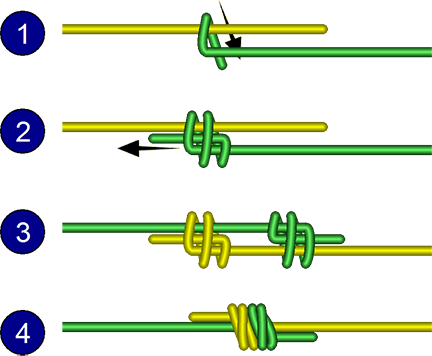 One half of a fisherman's bend can also be used to create a stopper knot near the end of a rope. 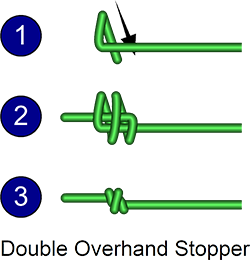 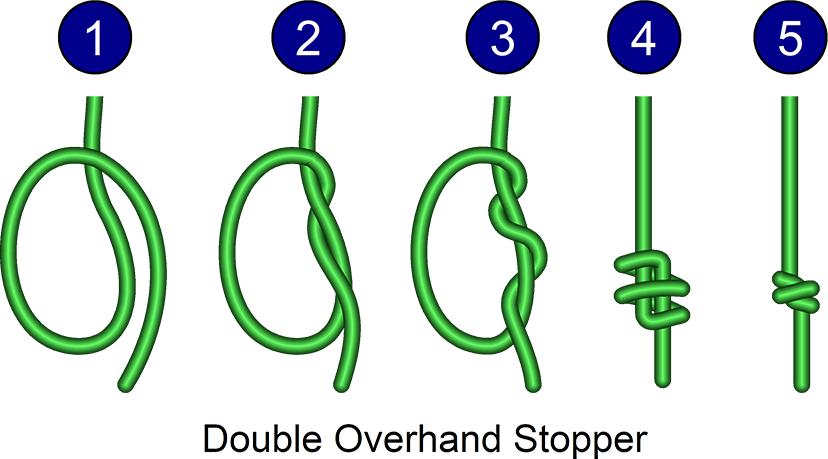