When lowering a load, friction is your friend—it makes it easier to hold the load.

The formula to calculate friction when lowering a load is:

In this illustration a 100-kilogram load is being lowered through a pulley with 10% friction. Using the above formula and substituting 100 kilograms for the weight and 0.1 (i.e., 10%) for the friction loss shows that the hand must hold 90 kilograms. The "missing" 10 kilograms is lost to the pulley's friction.

In this case, friction is your friend. The resistance in the pulley consumed 10 pounds of force, reducing the force that you need to hold from 100 kilograms to 90 kilograms. That is much more than a rescuer can hold, but it illustrates the effects of friction. 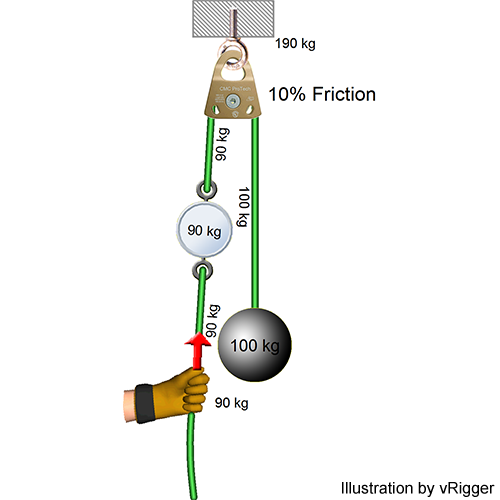 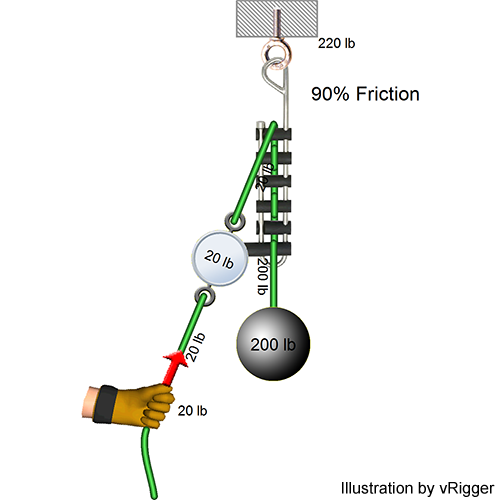