A key benefit of 2:1 systems is their simplicity—they only require one rope and one pulley (although 2:1 systems frequently add a COD pulley to improve the direction of pull and to add a progress capture device). Their obvious disadvantage is they don't add much mechanical advantage. Another consideration is that you have to get the pulley to the load (e.g., patient) or " piggyback" the system onto a rope.

The following illustrations show 2:1 systems without and with a COD pulley. 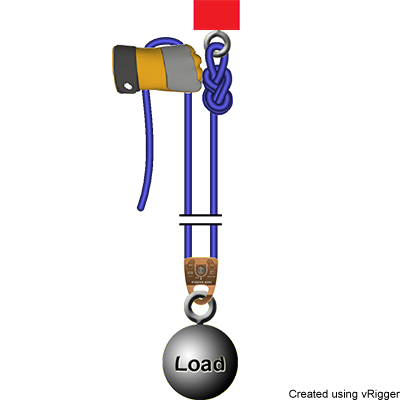 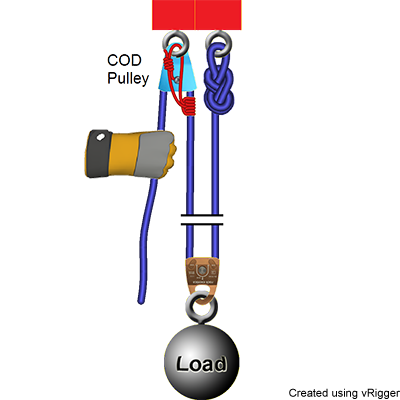 This next system retains the COD pulley, but it "piggybacks" the 2:1 system onto another rope (i.e., in this illustration, the blue 2:1 system is piggybacked onto the yellow rope).